The Kristaps Porzingis trade could lead the Knicks towards Jalen Brunson

In 2019, the New York Knicks abandoned their hopes of Kristaps Porzingis being a franchise centerpiece and traded him to the Dallas Mavericks. Over..

In 2019, the New York Knicks abandoned their hopes of Kristaps Porzingis being a franchise centerpiece and traded him to the Dallas Mavericks. Over three years later, could another Porzingis deal benefit the Knicks?

Porzingis has long been one of the more polarizing, borderline-star players in the NBA. His on-again, off-again salary and sizable contract made him an intriguing figure of discussion leading up to the Feb. 10 deadline. However, very little concrete buzz seemed to suggest Dallas would move him.

But the Mavs pulled off a shocker. At the last minute, Dallas sent Porzingis and a second-round pick to the Washington Wizards in exchange for Spencer Dinwiddie and Davis Bertans.

The deal served as a precursor to the Mavs extending 3-and-D forward Dorian Finney-Smith, who has been terrific this season. Still, it could have ramifications for the team’s ability to sign Jalen Brunson this summer. That might, in turn, allow the New York Knicks to pursue Brunson in free agency.

The Mavericks took back bad salaries in the Kristaps Porzingis trade

From a financial perspective, dumping Porzingis’ salary made sense for the Mavericks.

The Unicorn is owed nearly $34 million next season, with a $36 million player option for the 2023-24 campaign. Moving off Porzingis and spreading money between two players (Dinwiddie and Bertans) appears to increase flexibility.

But here’s the rub: Dinwiddie and Bertans are also on terrible contracts. The Mavs might have just swapped one problem for another.

Dallas now owed Dinwiddie $18 million next season, and his nearly $19 million in salary becomes fully guaranteed ($10 million buy out) if he reaches a games played incentive in the next two seasons. Bertans, meanwhile, will make $33 million combined in 2022-23 and 2023-24, with an early termination option down the road. When stacking those numbers against Porzingis’ contract, the trade feels like a bit of a wash.

Finney-Smith’s extension also comes into play here. He signed a four-year extension worth over $55.5 million, with a player option in the fourth year. It’s a reasonably friendly deal given what he’s provided, but it also adds to Dallas’ financial limitations.

The latter part is important, especially since Brunson could command a strong price on the open market.

Brunson has become one of the fascinating impending free agents in the NBA.

The 25-year-old is having the best season of his career. Through his first 58 games, Brunson averaged 16.3 points, 5.4 assists, and 3.8 rebounds. He shot over 50% from the field and better than 37% from beyond the arc on solid volume.

Brunson’s inside-out scoring and playmaking off the dribble have both improved considerably. He’s shooting close to 70% at the rim, a strong mark for a 6-foot-1 guard. The former Villanova standout is also shooting over 53% in the 3-to-10-feet range and 51.4% inside 16 feet and above 10 feet. That kind of midrange proficiency is rare.

The Mavericks decided that Kristaps Porzingis was not a suitable No. 2 next to Luka Doncic? Can Brunson be that star of the future? Well, that’s complicated.

Bleacher Report‘s Eric Pincus reported that Brunson, who hits the open market this summer, reportedly wants over $20 million a year and close to $80 million in free agency. Those purported demands made his future uncertain ahead of the deadline and should loom large once again in the coming months.

Brunson could well reach those benchmarks based on his current performance. Dallas could re-sign him, but it would face severe luxury-tax penalties. The Knicks might try to capitalize. 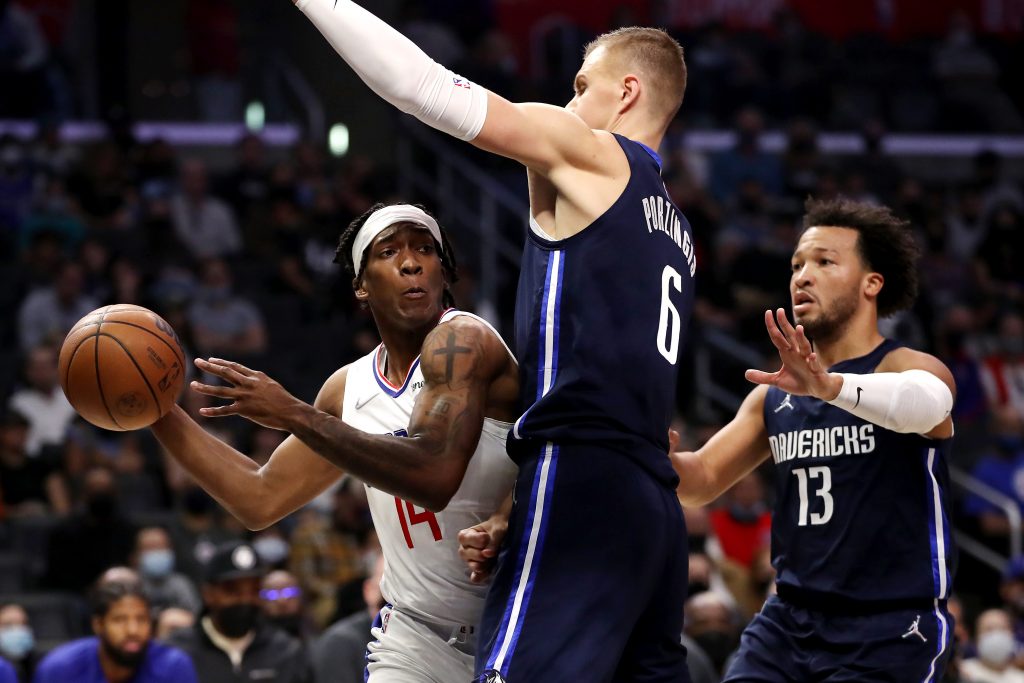 Terance Mann #14 of the Los Angeles Clippers passes the ball against Kristaps Porzingis #6 and Jalen Brunson #13 of the Dallas Mavericks during a game on Nov. 21, 2021 | Katelyn Mulcahy/Getty Images

Here’s where the Kristaps Porzingis trade could come full circle for the Knicks.

According to Michael Scotto of HoopsHype, plenty of “smoke” surrounds New York’s interest in Brunson. The Knicks might have tried to acquire the Mavericks combo guard at the deadline, but Dallas refused to indulge overtures.

New York could use a playmaking guard of Brunson’s ilk, particularly considering that the team still starts the aging Kemba Walker at the point guard spot. There’s upside to signing Brunson for the Knicks, a team that might prefer an established star but probably lacks the cap space to make a major splash.

The Porzingis swap and subsequent events could work in New York’s favor. The Mavericks probably don’t want to pay a hefty tax bill for the sake of re-signing Brunson because, as good as he is, he doesn’t look like a guy who can elevate the franchise to a higher tier in the Western Conference.

Dallas might have to let Brunson walk. The Knicks could capitalize. Thanks, Kristaps.

The post The Kristaps Porzingis Trade Could Lead the Knicks to Jalen Brunson appeared first on Sportscasting | Pure Sports. 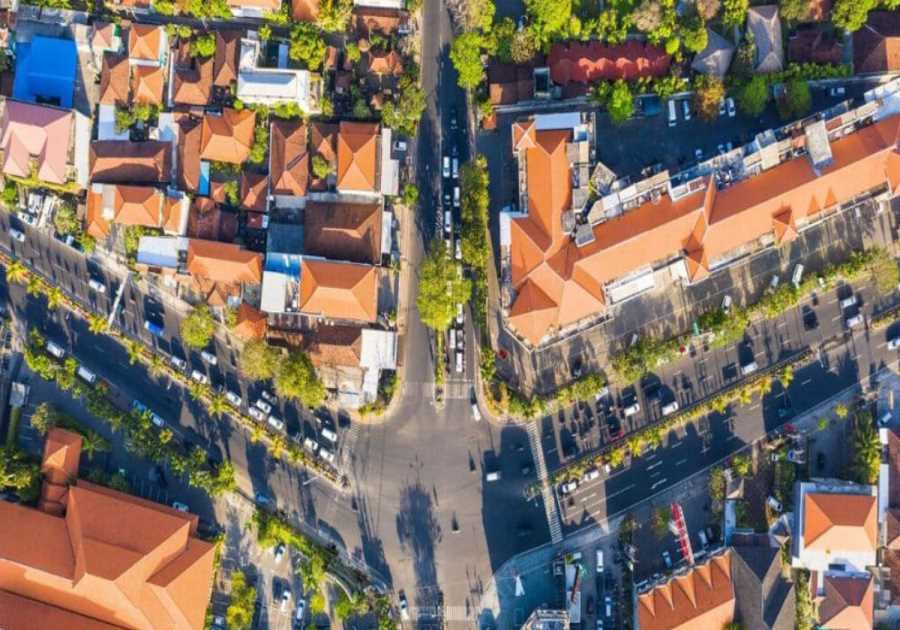 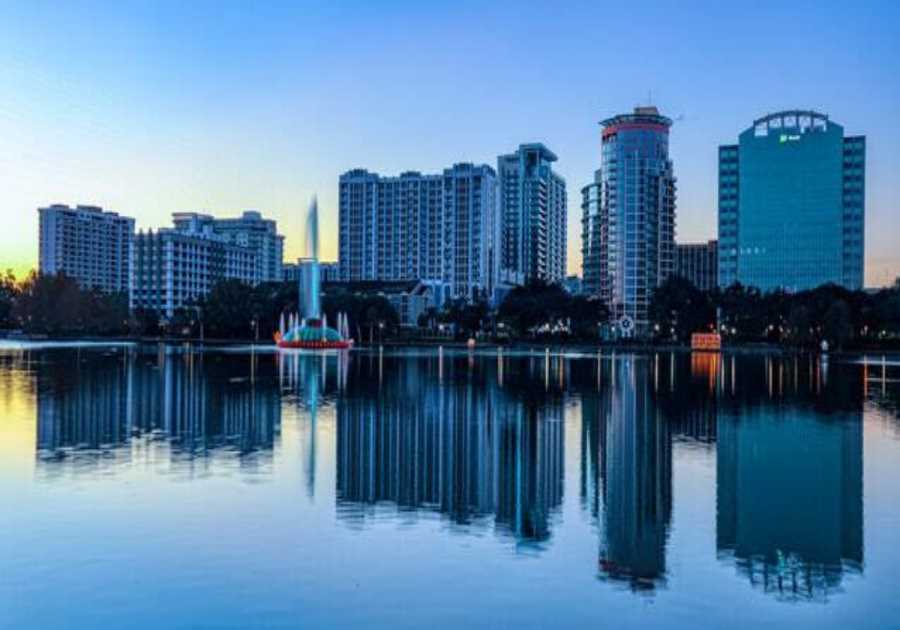 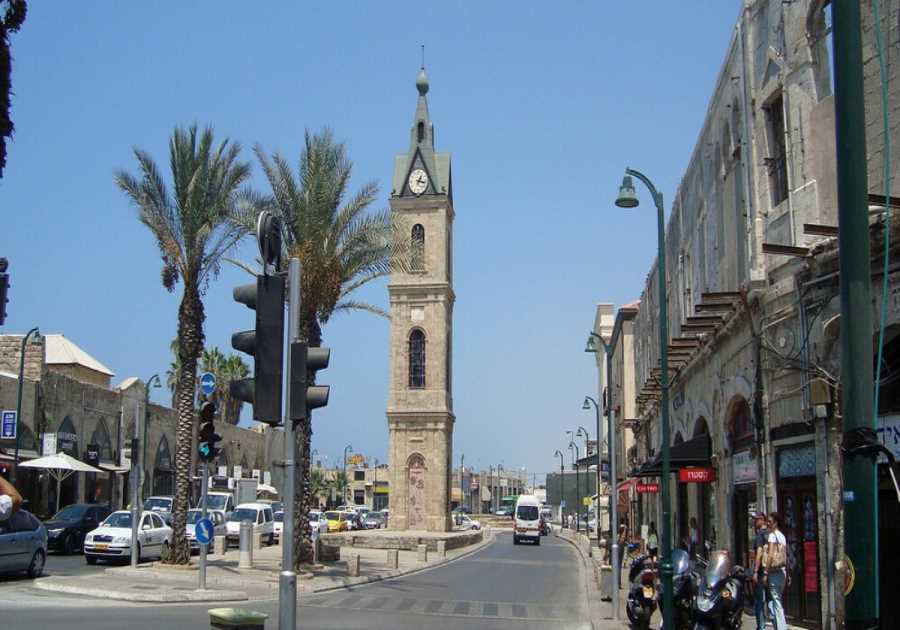 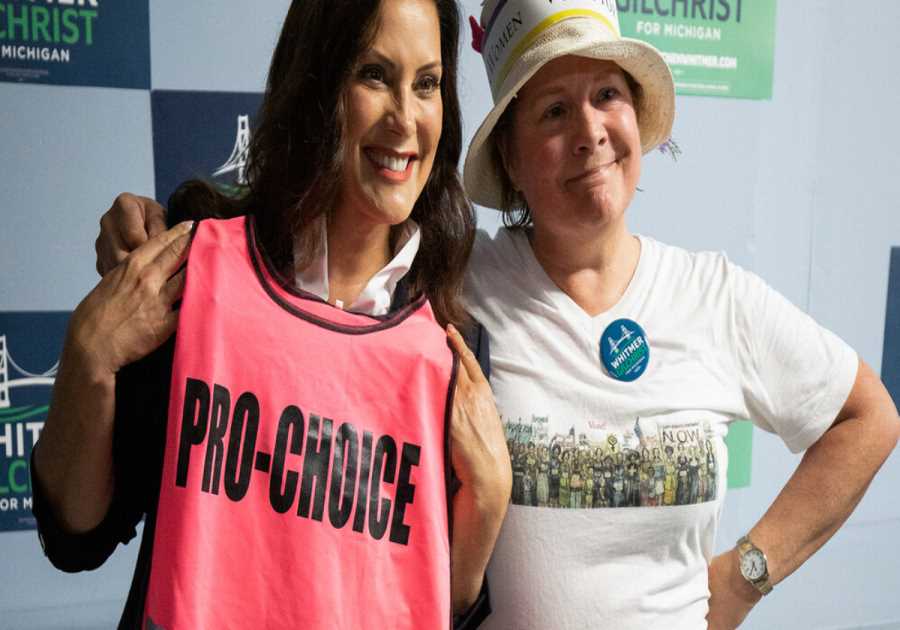 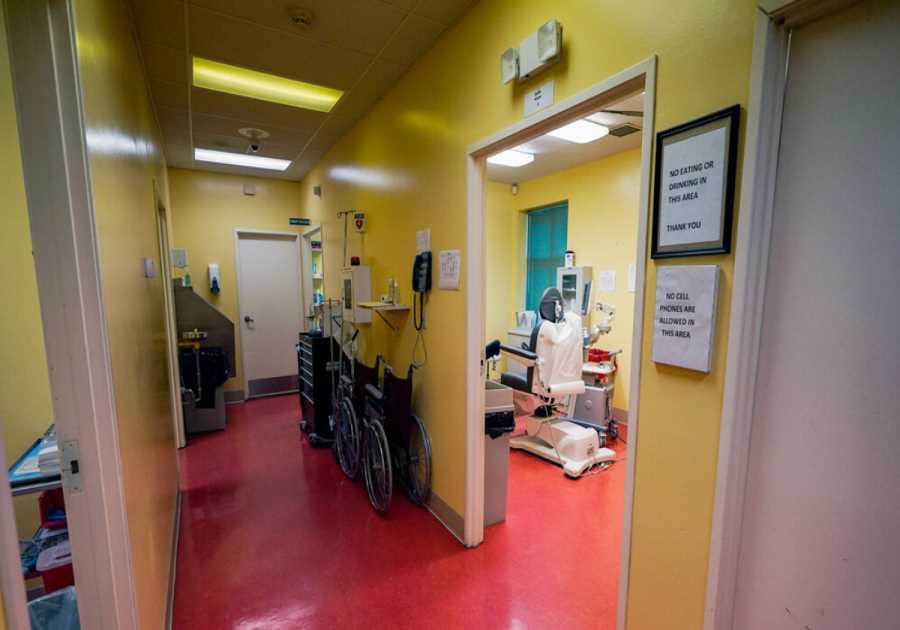