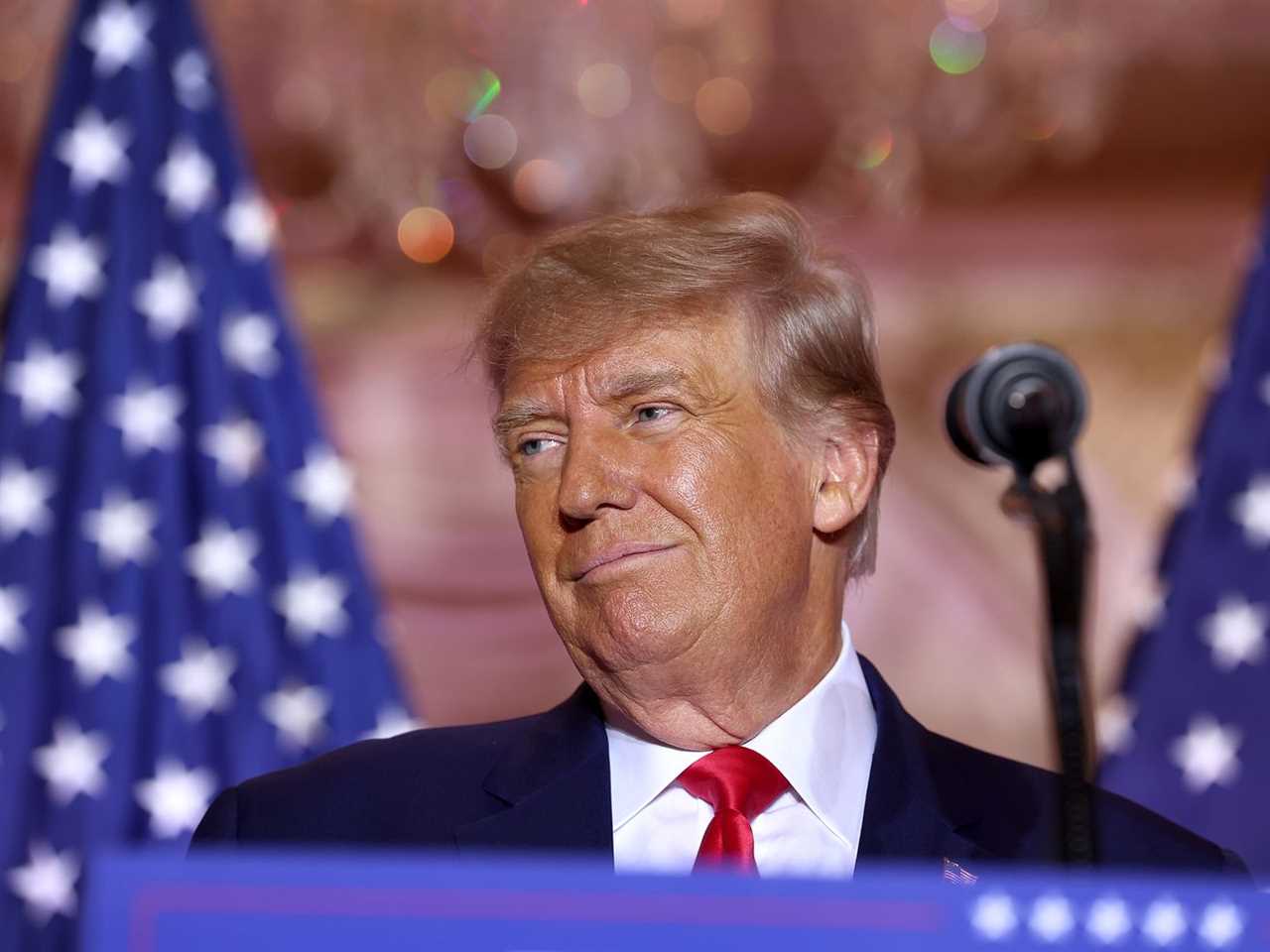 Donald Trump is less popular now than he was, but he still has his base.

There is no precedent for Donald Trump’s 2024 presidential campaign. It’s not just that it is unusual for a former president to run again after losing — the last one to do so was Grover Cleveland, who ran in 1892, long before the modern presidential primary system — but the circumstances around Trump make it even more bizarre.

It’s not just that, unlike Trump, Grover Cleveland won the popular vote twice. Trump is also trying to return to the White House while facing multiple criminal investigations, after trying to overturn the results of the 2020 election, and having become the scapegoat for the GOP’s multitude of failures in the 2022 midterms.

But he does have one thing in common with Cleveland: As the formal beginning of the nominating process begins, Trump is the frontrunner. The question is whether he can stay there.

Just how strong is Trump?

On one hand, Trump is consistently leading the pack in most public polls of the 2024 primary and has locked up roughly two dozen endorsements from members of Congress. A recent nationwide poll from Politico/Morning Consult showed the former president with 45 percent of the vote; Florida Gov. Ron DeSantis, at 30 percent, is his closest rival in a multi-candidate field.

It’s an enviable position far beyond those enjoyed by past frontrunners for the Republican nomination this far out in a presidential cycle. On the other hand, Trump is mired in a state of perpetual scandal. Most recently, he met with two notorious antisemites, rapper Kanye West and white nationalist Nick Fuentes, at his private club, Mar-a-Lago. Although Trump claimed he did not know who Fuentes was, the meeting showed a return to some of his worst instincts from 2016. Letting Fuentes into Mar-a-Lago was a clear sign of poor staff work, and meeting with West, who recently threatened to “go death con 3 on Jewish People,” is not an indication of good judgment.

Trump’s meetings with West and Fuentes aren’t necessarily a breaking point, according to conversations with over half a dozen Republicans. After all, Trump has weathered scandals that would end the career of almost any other politician — from bragging on tape about sexual assault to inciting a mob to storm the United States Capitol. But what made this most recent Trump scandal different is the fact that Trump now appears to be a loser: many of the candidates he endorsed in the 2022 midterms lost, and voters overwhelmingly rejected Republicans who ran on election denialism. In the Morning Consult poll that showed Trump getting support from 45 percent of voters in a GOP primary, only 34 percent of those surveyed actually wanted him to run again.

It wasn’t necessarily that GOP voters rejected Trump’s policies or even his style. It was simply that Trump had broken one of his key campaign promises. He had long pledged that Americans “would be tired of winning.” Instead, after losing the House in 2018, the Senate and the White House in 2020, and making minimal gains in 2022, Republicans were getting tired of losing.

Chris Wilson, a top Republican pollster, thought Republican presidential primary voters were still divided into four broad lanes as they were in 2016: the establishment, the Tea Party, libertarians, and evangelicals. In his view, Trump’s winning coalition in 2016 was an odd mishmash of the four categories, and the former president benefited then because he has never really faced a two-person race. In the 2016 primary, there were 17 candidates, with eventual runner-up Ted Cruz never getting a one-on-one matchup with Trump as a result of what Wilson termed John Kasich’s “death mission to stay in until the absolute end.”

Wilson argued, “I do think one development that’s occurred since the last competitive primary is that you have candidates who are able to unite those different lanes under things like populism, competence, and maybe just ability to win.”

In his view, “I think one of the lessons learned out of 2022 is that candidate quality matters a lot. And the one thing that you have to give credit to Republican primary voters for is that they may fall in love, but the one thing they love more than anything else is winning. And that is where I think you’re gonna see competence and electability play a bigger role in 2024 than it ever has before.”

However, Wilson noted four Republican voter lanes had redefined themselves in some ways as well. He pointed out that while the libertarian lane “was smaller than it used to be in 2016,” he argued that wing of the party’s messaging was also far more resonant than it might have been before because of the pandemic. Wilson pointed to 2022, where he noted governors like DeSantis and Kevin Stitt in Oklahoma ran successful campaigns heralding their resistance to the federal government’s Covid mandates. “So in a sense, that is a libertarian message, but I think it’s almost got to be redefined” for the post-Covid-19 era, he said. In contrast, he thought one of Trump’s biggest weaknesses in a Republican primary was his handling of Covid while president and the fact that he oversaw a near-total shutdown across the country to combat the pandemic.

What is happening in Iowa and New Hampshire?

The situation in the two critical early states of Iowa and New Hampshire mirrors that nationally. They have different compositions and different proportions of presidential primary votes in each lane, but there is a general weariness of Trump. There was a sense that Trump had both a high floor and a low ceiling and that, at least for now, the best way to view his prospective support was roughly how he did in the 2016 primary.

In Iowa, as David Kochel, a Republican operative with long experience in the state, noted, “there still is an active Christian Coalition base” in a state that Ted Cruz won in 2016, and many voters care about the core social conservative issues that Trump has never been the most convincing messenger on.

Mike Biundo, a veteran Republican operative based in New Hampshire who worked for Trump in 2016, told Vox, “New Hampshire primary voters are very conservative and looking for someone that fights like Trump but doesn’t come with the baggage ... There is no swing voter for Trump, he just has to hope to hold on to the people he has.”

The question was whether the field would be splintered like it was in 2016, so Trump could win again. As Kochel put it, “there’s probably not a lot of difference between Trump’s floor and ceiling when you’re in early primaries and the people start to drop out and he starts to consolidate.” Soon after that, the rules of the Republican primary shift to allow states to allocate their delegates via the winner-take-all method. Any state that holds its primary after March 15 can hold a winner-take-all contest.

Trump is at a uniquely weak point right now. Between the poor performance by Republicans in the midterms, his low-energy announcement kicking off his presidential campaign shortly thereafter, and the ongoing controversy over his meeting with West and Fuentes, almost everything that could go wrong for Trump over the past month has gone wrong. Further, his early announcement has left him shadowboxing. There is no opponent against whom he can spar and no contrasts that he can strike with “the Washington Swamp” that he ran against in 2016.

But much of that will change. In the months to come, other Republicans will enter the race, the disappointment of the 2022 midterms will fade, and it is unlikely that Trump will dine with any more prominent white nationalists. The former president’s base is not what it was, but it is still substantial. The question is whether he will be able to stop the bleeding, or if his potential support will continue to ebb in the months to come. 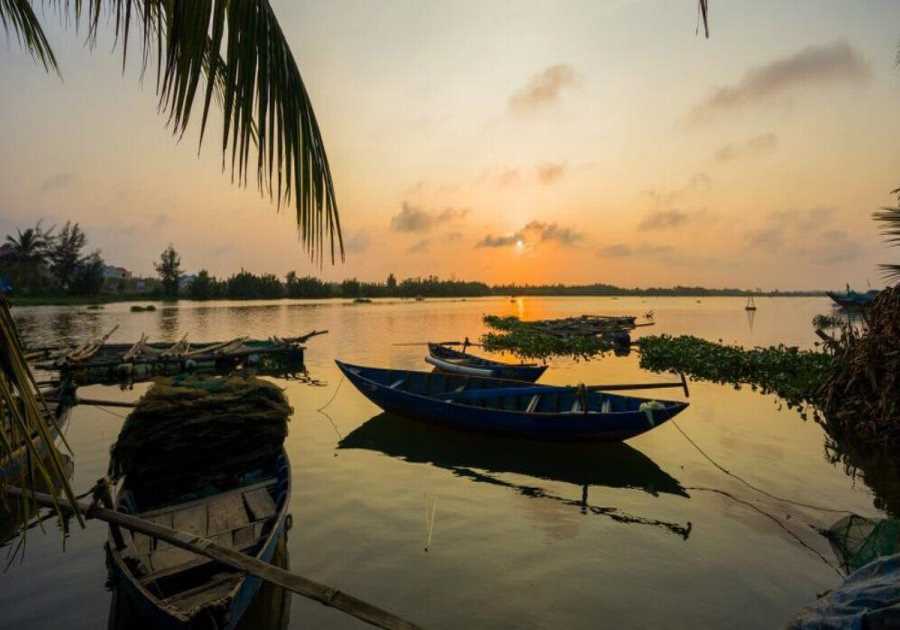 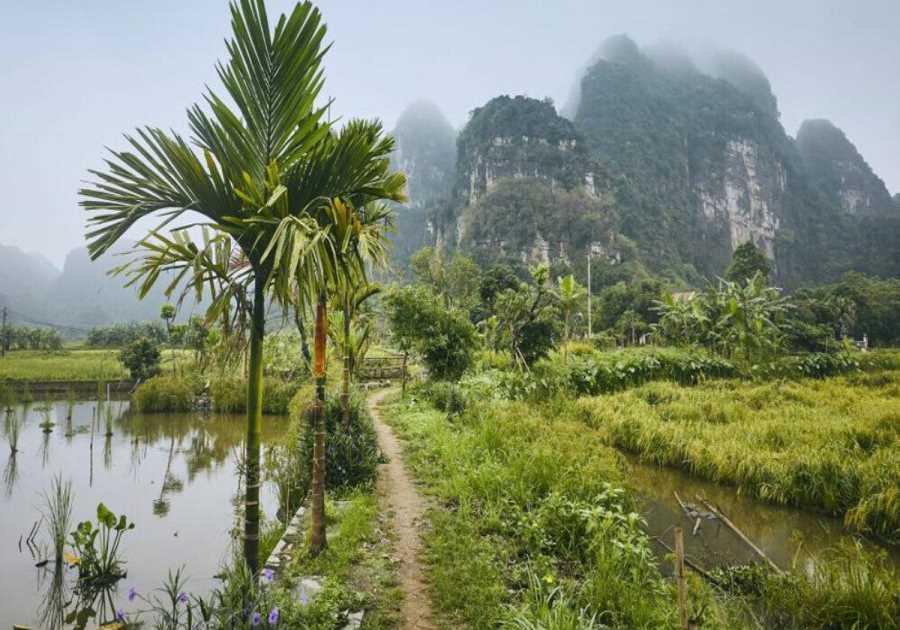 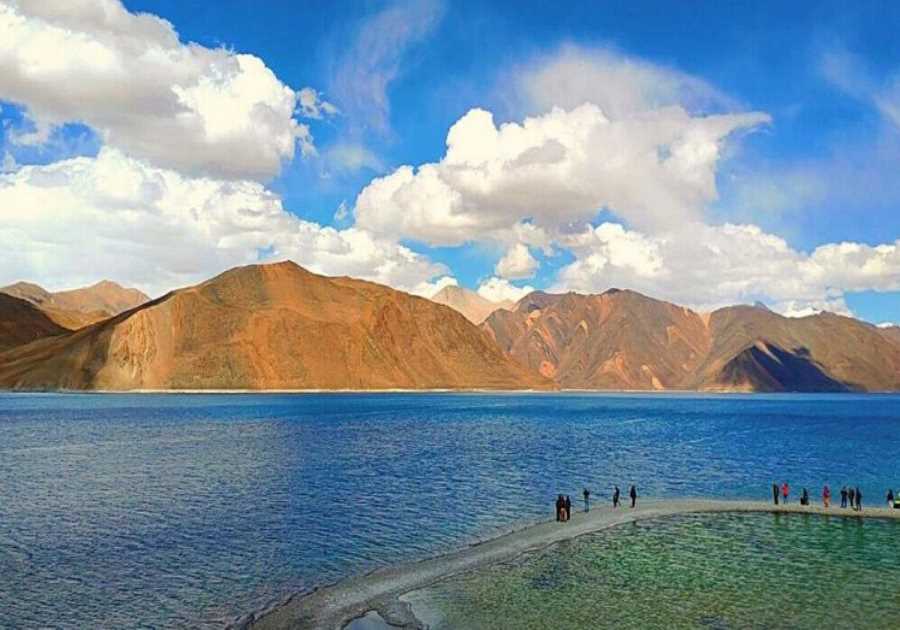 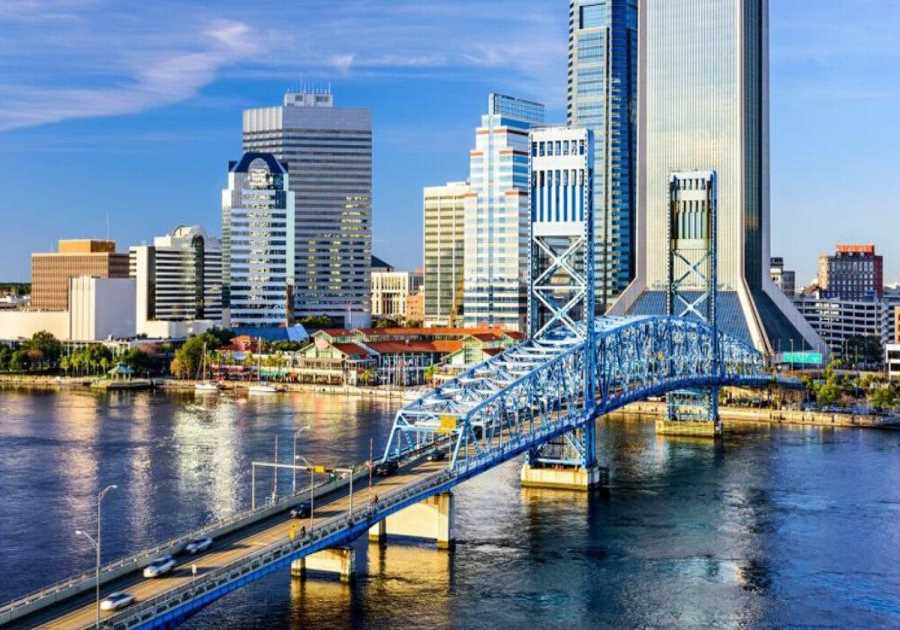 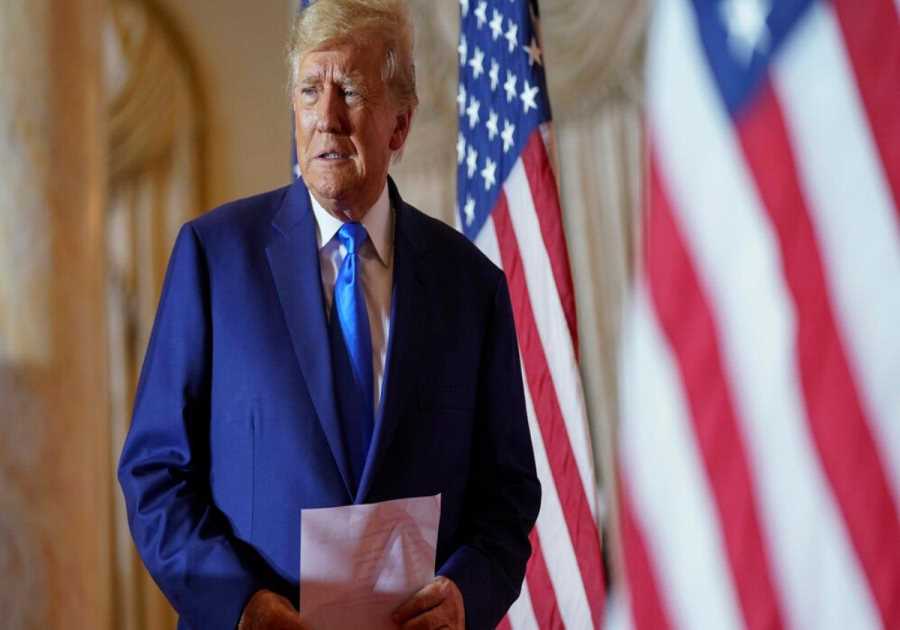 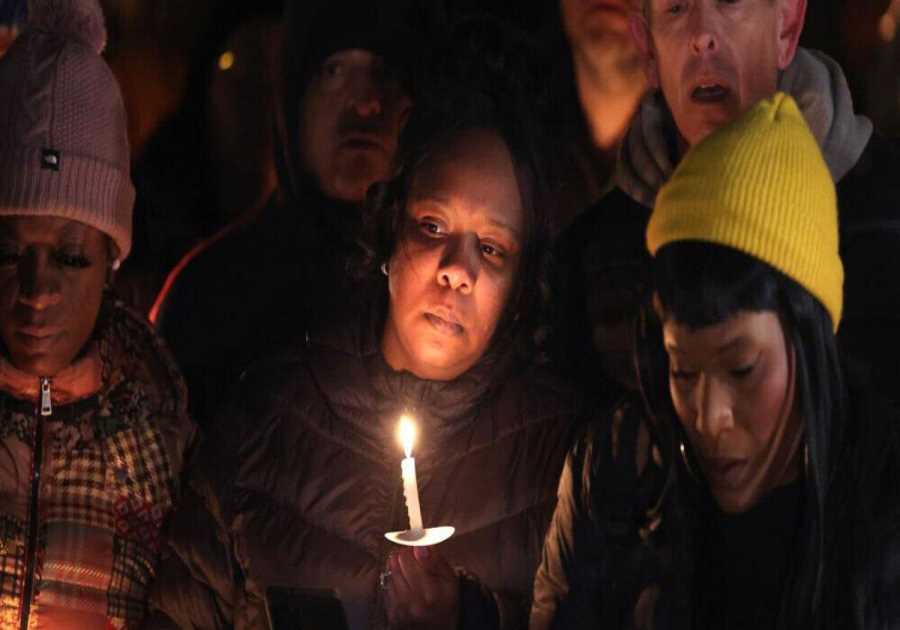